Alice Nakamura is a music composer in Tokyo.
She composes music freely with her imagination,
typically to describe nature and emotion of people.

Born in Tokyo, Japan in 1982. She received a master’s degree from the graduate school of Tokyo College of Music in 2007. She studied composition with Akira Nishimura, Noriko Hisada and Sho Ueda, and piano performance with Yukiko Takeshima and Setsuko Miyahara. She has been awarded the top prize in the 2nd President’s Prize of Tokyo College of Music, second prize in Composition at the 82nd Music Competition of Japan and second prize in Toru Takemitsu Composition Award 2016. She also was awarded more than 80 other awards including Red Baton award in the Red Stick International Animation Festival in 2009 in video work “Lost Utopia”, which she provided the music. She was a finalist of the 27th Competition of Akutagawa Award for Music Composition. Her recent work includes “Nacres for Orchestra” (2015), “KATASHIRO from The Tale Of Genji for Soprano, Tenor and Pianoforte ” (2017), “Honey muffins, No sugar, Spring flavors for Mandolin, Pianoforte, Guitar, Electric Bass, Drums” (2018) and “Ro for 20 stringed-koto and 17 stringed-koto” (2019) among others. 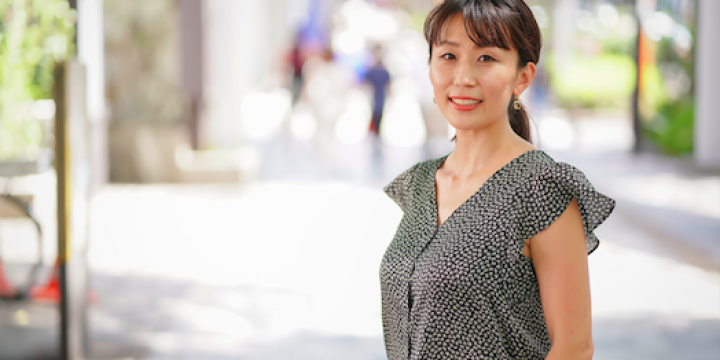